Aqaba offers a great mix of history with urban vibes. Aqaba is the southernmost city in Jordan, it can be found in the northeastern part of the Red Sea and it is encircled by mountains and deserts. The city is located very close to the Eilat which is the most southern beach resort city in Israel. Many tourists are attracted to this city due to its water and beaches; the city is also a great place to stay if you are planning to visit some of the stunning attractions in Jordan. 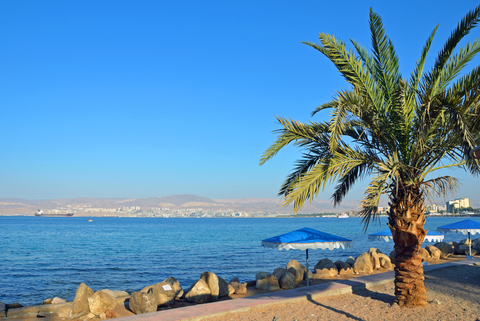 Top things to do in Aqaba

Go sightseeing at Mamluk Castle The Mamluk Castle can be found just some blocks inland from the corniche on the Gulf of Aqaba and it is among the site used for battles during the First World War. The battle was one of the Arab Revolt that happened in Aqaba in 1916 and it was featured in one of the scenes from David Lean film, Lawrence of Arabia in 1962. The castle was constructed by Mamluk sultanate and it was used as a traveler’s inn hosting the pilgrims going southward to Mecca for the annual Hajj before it was occupied by the Ottomans.

Visit the Palm Beach The Palm Beach is a free public beach located on the southern coast which is just some minutes from downtown. The water is inviting and suitable for swimming but due to locals, female westerners are unlikely tempted to swim at the beach. If you are not planning to go swimming, the beach is a great destination where you can picturesque sunset scenery while you drink tea and interacts with the locals.

Explore the Aqaba Archaeological Museum This museum is a great place to go if you want to learn about the long history of the city. The museum was constructed originally as a palace for Hashemite dynasty founder Hussein bin Ali and it now houses a collection of Bronze Age artifacts which dates back to about 4,000BC. The highlight of the museum is the collection of medieval artifacts from the 7th to the 12th century which includes a large inscription of a Quranic verse that was hung at the eastern gate of Aqaba and the Fatimid coins.

Have fun at Berenice Beach Club The Berenice Beach Club is considered by many to be the best place to spend a day at the beach. The club is not far from the city center and is covers about 500m of the Red Sea coast and it features some of the cleanest waters. The club is family-friendly and it is equipped with all the facilities that you can think of such as the swimming pools, shaded sunbeds, eatery, and showers. The club also offers tourists the chance to try out a wide range of water sports like diving, snorkeling, jet ski rides, yacht cruises, and many more.

Wander around the Aqaba Bird Observatory The Aqaba Bird Observatory is considered as a paradise for bird watchers, it can be found in the northern part of the Red Sea close to the Eilat border. The observatory receives flocks of birds that migrate from Europe, Africa, and Asia during the migration season. The observatory is surrounded by forest and wetlands which is a contrast to the surrounding desert landscape and it is artificially managed. The observatory attracts over 70 different bird species during the migration season. It is an all-year-round destination but it is best to come here during the spring and autumn season.

Go diving at the Red Sea The Red Sea is among the greatest asset of Aqaba and it features vibrant coral reefs that are clean and colorful. The best thing is that the gulf has mild weather which makes it a great place for beginner divers and certified divers can explore diverse dive sites to explore. You are going to find a wide range of diving centers in the city that you can choose from such as the Ahlan Scuba Diving Center, Arab Divers, and Aqaba International Dive Centre.

See marine life from the Glass-bottom boat tours This is suitable for families or tourists that do not want to go diving in the Red Sea but want to experience the coral reefs of the Red Sea. You can opt for the glass-bottomed boat tour and you can easily find them close to Movenpick hotel or at the jetty in the front of the Aqaba Castle.